SGC18: Mirjam Palosaari Eladhari - Bleed in, Bleed out: A design case in...

I attended an important and inspiring a symposium at the University of Skövde on November 23-24 focused on Environmental Humanities issues through interdisciplinary digital art and storytelling practices, invited by Lissa Holloway-Attaway. The symposium was funded by The Seed Box, a large Environmental Humanities consortium project centered at Linköping University, and it combines two sub-projects for which Lissa have received funding. One project is called “Enacting Baltic Eco-Systems” and is focused on exploring Baltic Sea ecologies and threatened environments, and the other is called "Digital Imaginaries/Posthuman Visions” and is more specifically focused on speculative climate change issues as imagined through digital/artistic interventions that might engage citizens and bring awareness. Lissa gathered a group of interdisciplinary scholars and artists to brainstorm both project themes and share current research or projects.

Before going, I brainstormed what of my previous work could be useful to share: 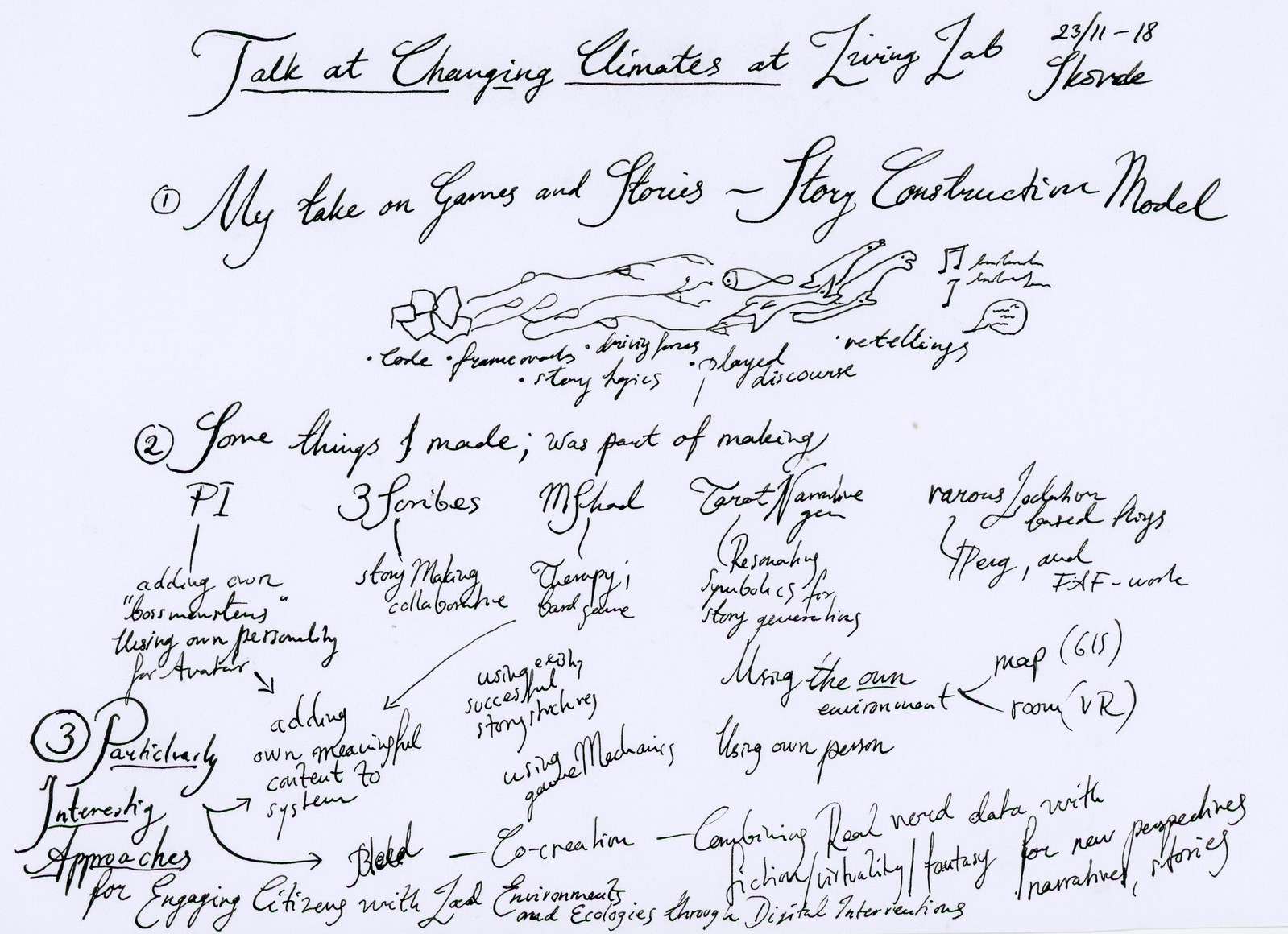 It was an interesting thought exercise, because it made me realize to what a large extent I have been concerned with notions of co-creation over the years. I drew a summary of how I see story construction happening in large narrative systems, and in it, I see the area that is the intersection between designed and played narrative potential to be a powerful point – when users/players are invited to add their own creation into already existing systems. (the area between the leaves and the fish) 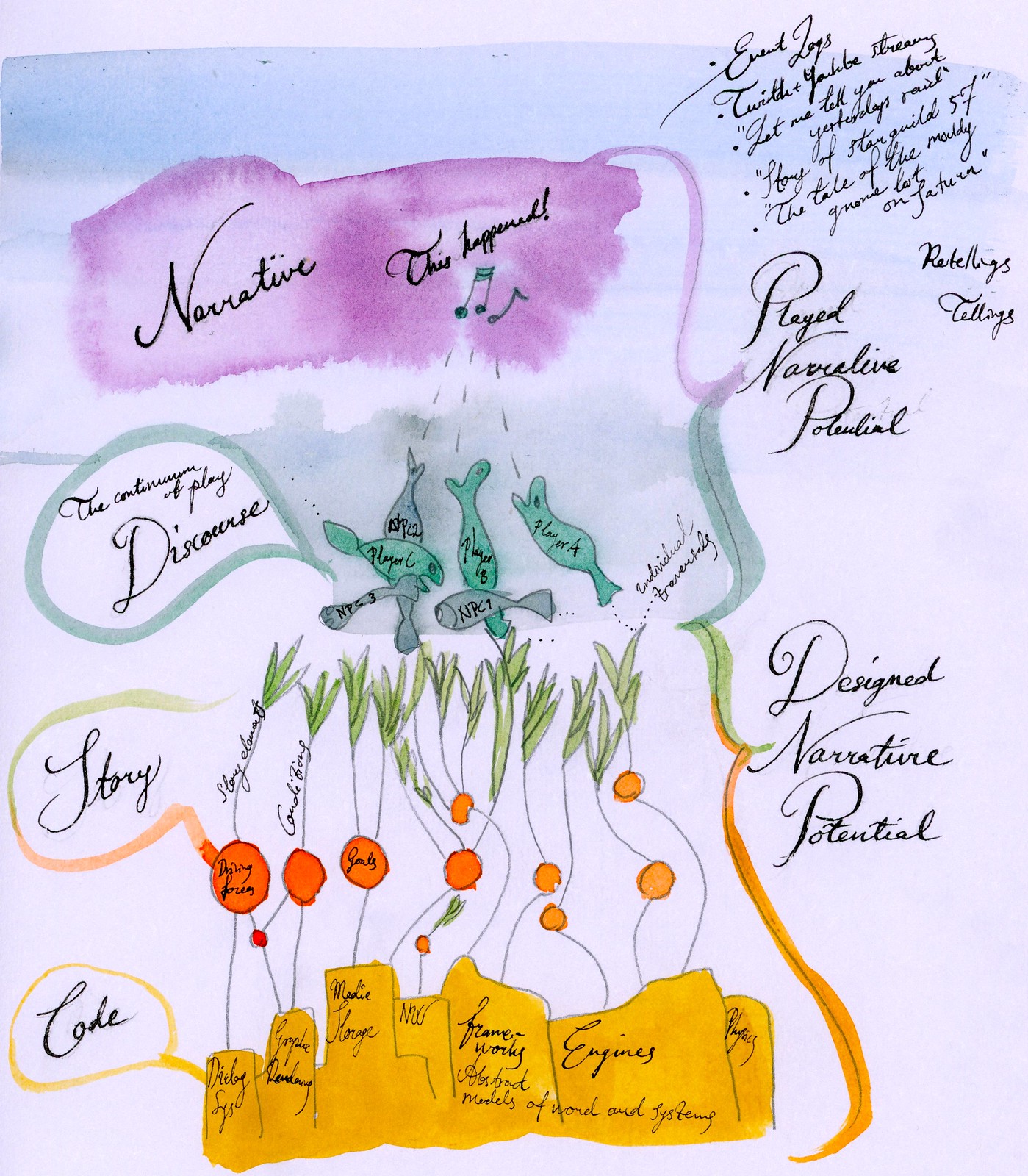 I made some notes during the day, here they are: 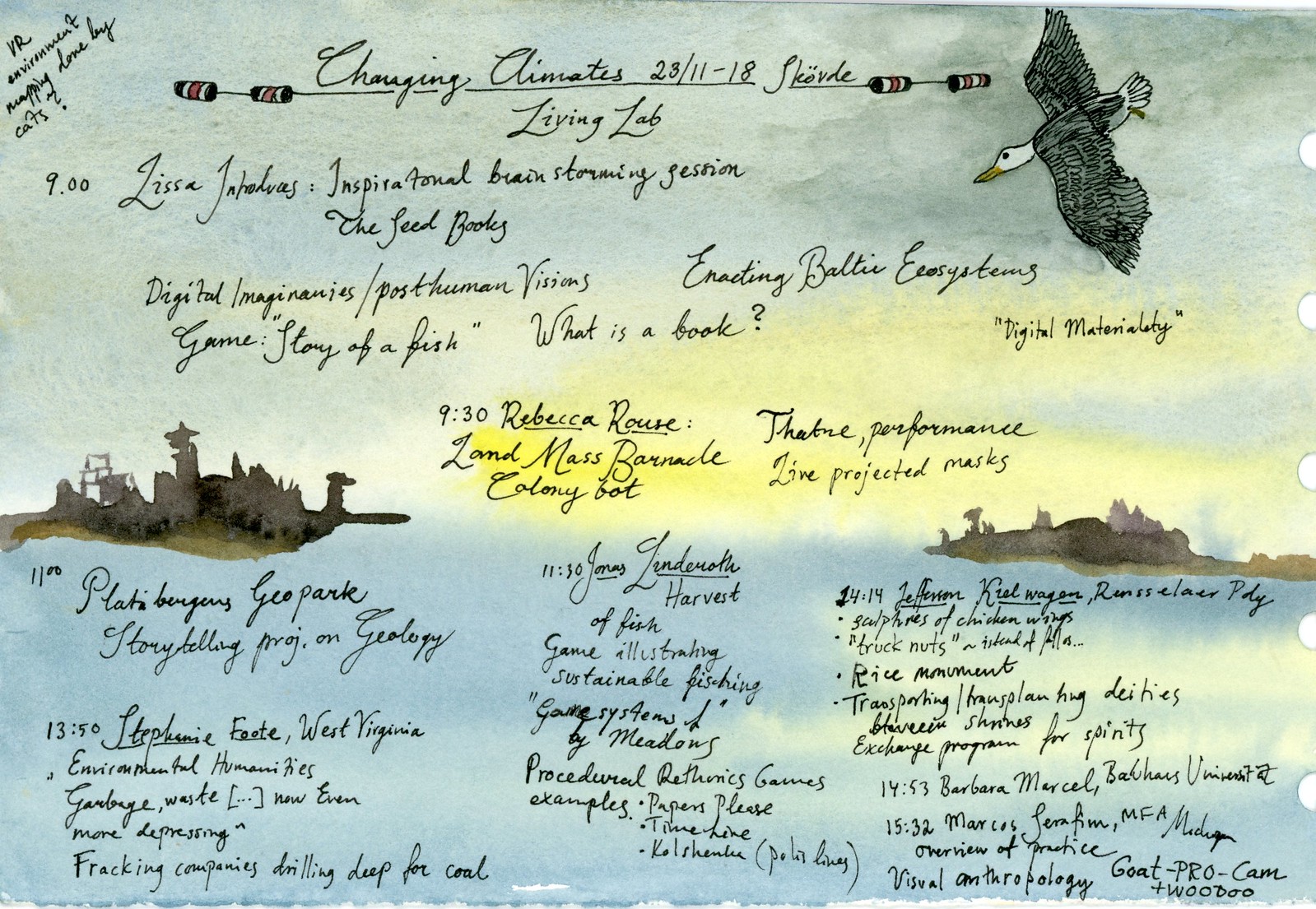 I’m so glad I was invited! It was wonderful to meet old friends, and to make new ones in context where we might be able to make some difference together. 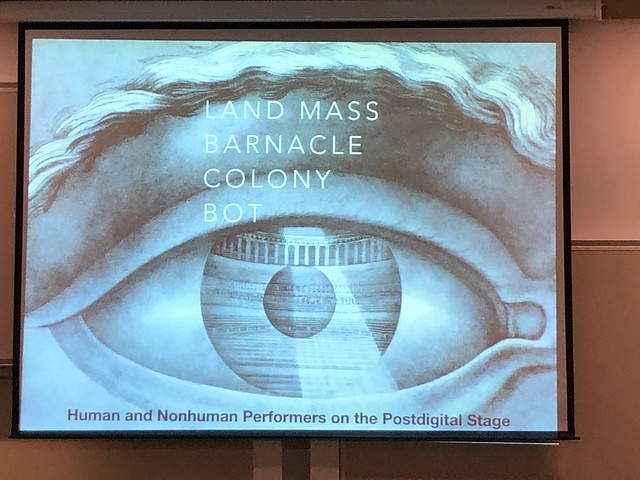