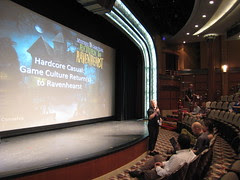 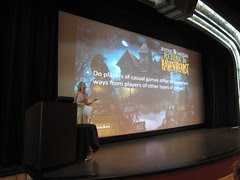 Mia Consalvo has been studying the player base of the casual games produced by Big Fish Games in order to see if players of casual games differ from players of other types of games – but found lots of similarities between these players and players of more ‘hardcore’ games.
I took some notes while listening: 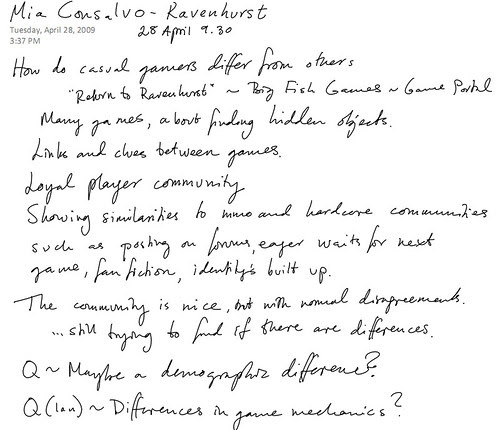 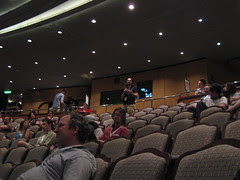 Easy to use and incredibly difficult: On the mythical border between Interface and Gameplay, Jesper Juul and Marleigh Norton 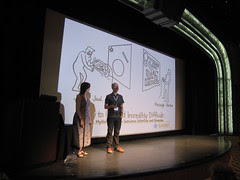 Jesper Juul and Maleigh Norton gave some illustrative examples of games juxtaposing easy interface with complicated game play, and games with easy gameplay but with extremely complicated interfaces. They argued that in some cases an inefficient interface can be part of the game – to learn to master it. 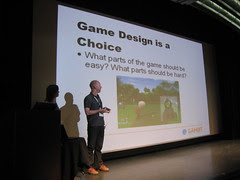 Here are the notes I jotted down while listening: 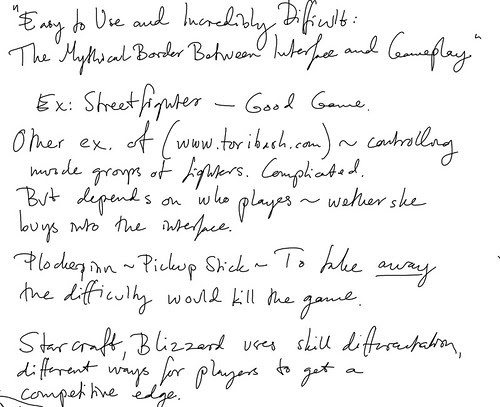 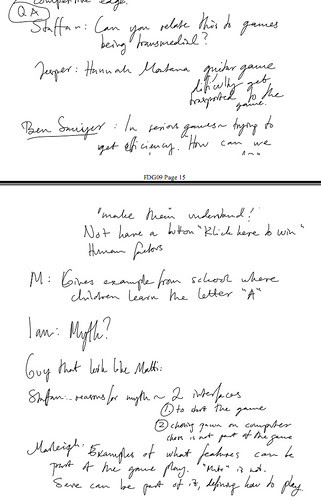 Jose and his coauthors have been analyzing a large number of game reviews in order to understand their influence and character. According to Jose they are much more than shopping guides, and have the following nine common themes: 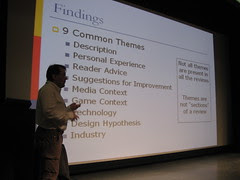