The HEVGA workshop we organised on Teaching Games: Pedagogical Approaches at DiGRA 2019 Conference was a success!

In the morning, we had paper presentations, and the in afternoon we divided into discussion groups. Me, Mia Consalvo of Concordia, Jonathan Elmergreen of HEVGA, Clara Fernandez-Vara of New York University, William Huber of Abertay University, Hartmut Koenitz of HKU University of the Arts Utrecht, Petri Lankoski of Södertörn University, Adam Mayes of Uppsala University, and Andy Phelps of the American University, have put lot of effort into planning it, so it was  gratifying that so many participated and contributed to the discussions.

In the morning session, we were 32 participants, and 7 papers were presented:

Clara Fernancez Vara and Jeff Watson also had papers accepted for the workshop, but unfortunately they couldn't make it to the workshop.

Here are a few pictures from the morning: 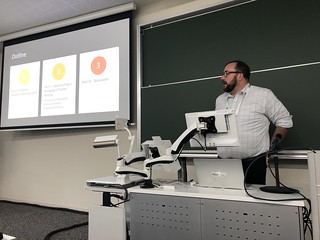 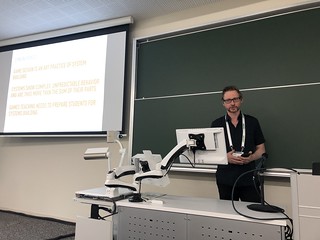 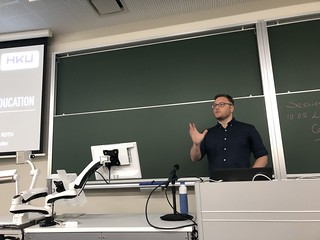 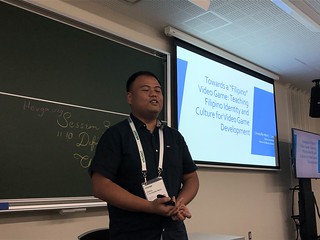 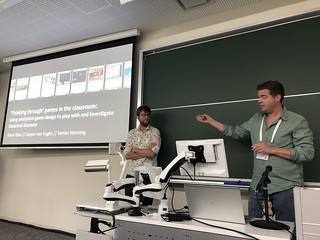 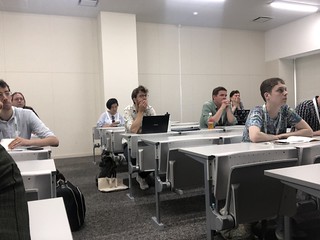 In the afternoon, we formed four groups for discussion. Two of the groups formed from topics that had emerged during the morning, and the two other groups used themes we had prepared as prior suggestions. The groups were: 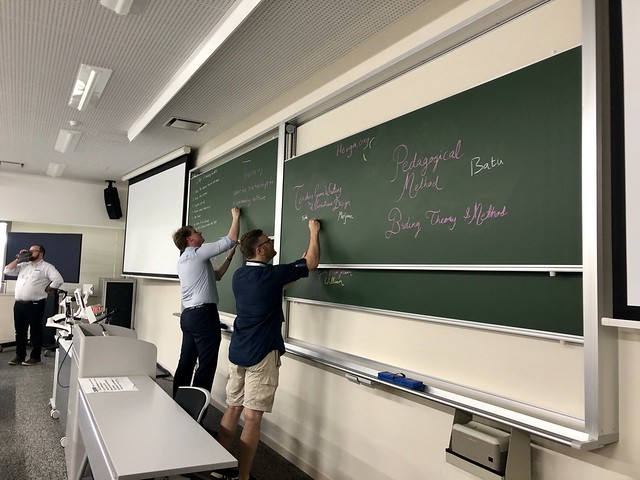 Below is a photo of our blackboard as it looked when we had finished forming groups around topics. The topics in the big pink circles became focusses for topics, and the names in the circles were the participants. Those names with a yellow circle around them were the appointed group leaders. 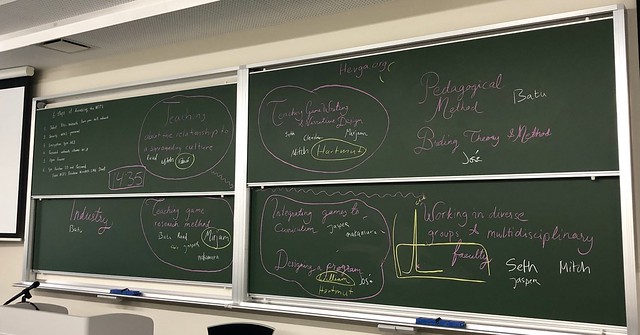 In the ending discussion, much focus was put on local culture: How is local culture represented in games, and how do we approach this as educators?

We hope to organise more workshops like this in the future :) 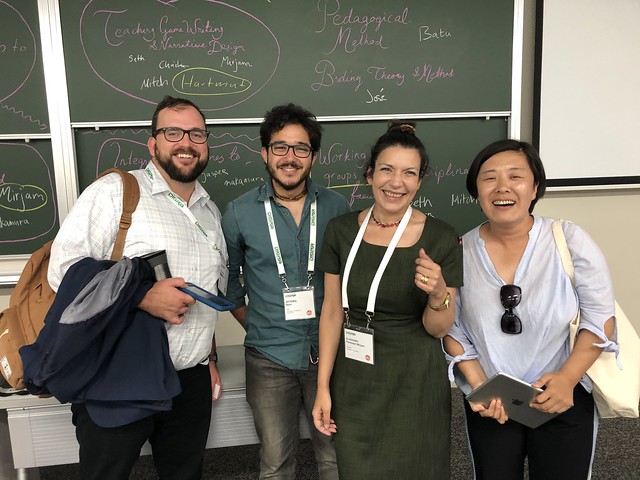