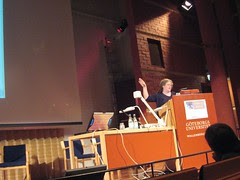 Interviewed raid leaders. Used an add-on CT for it

Need to raid to get to high-end content. Requirements for members. Age for example. Screen of typical guild application.

Add-ons mentioned are not quite in the game space.

Mods in relation to emergence and co-creation. Mod-productions bring ambivalence and discussion in player communities, debate and disagreement.

TL shows contrast between original UI and one with a lot of mods use.

TL: not only the icing on the cake. It changes the play experience. It is something more than getting information on the screen. Play practice changes.

Surveillance. Ambivalence there too. Constantly going on, on different levels. Always at work in WoW

…ran out of batteries: notes on paper. 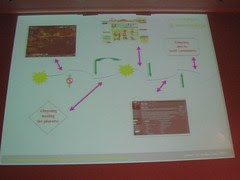